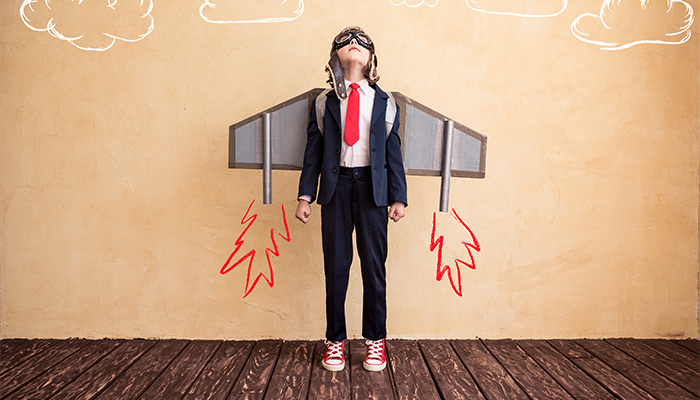 This section provides the chance to read about real individuals and their unique journey in how the GEM Project has helped them to move closer towards employment.

The GEM Project is jointly funded by the National Lottery Community Fund and European Social Fund. 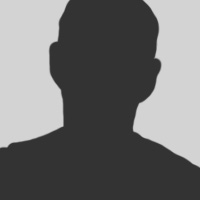 GEM signed up to the GEM Project at the start of 2020 after taking a break from work to look after his partner before she sadly passed away.

GEM signed up to the GEM Project at the start of 2020 after taking a break from work to look after his partner before she sadly passed away.

“Before taking a break from work, I had been in the same job for 30 years so was really unsure about the whole process of job searching and interviews. I also wasn’t a very confident IT user so wanted to build my skills to help me apply for roles.”

Working with his Navigator Developer Anna, GEM began using the library IT buddy scheme to develop his skills and then went on to complete a basic IT course. He was looking at a wide range of roles and as his confidence began to increase, he started to apply for various positions.

When the COVID-19 lockdown was announced, GEM didn’t let this interfere with his employment journey. He continued to be proactive and apply for jobs whilst starting another online course. He also supported his local community by helping his neighbours with tasks such as their shopping during this difficult time.

A role at his local supermarket was advertised and GEM applied for the post. After following up his application whilst shopping in the store later that week, the manager personally took his application to the administration office and he was invited for an interview the following day.

His persistence and proactive approach led to him becoming part of the team at Morrisons, completing various roles including replenishment, baking and general customer service.

“I’m really grateful for all the help and support from Anna, she was so patient with me. My role is only temporary for now, but it may lead to something more in the future. I’m just really happy to be back at work.” 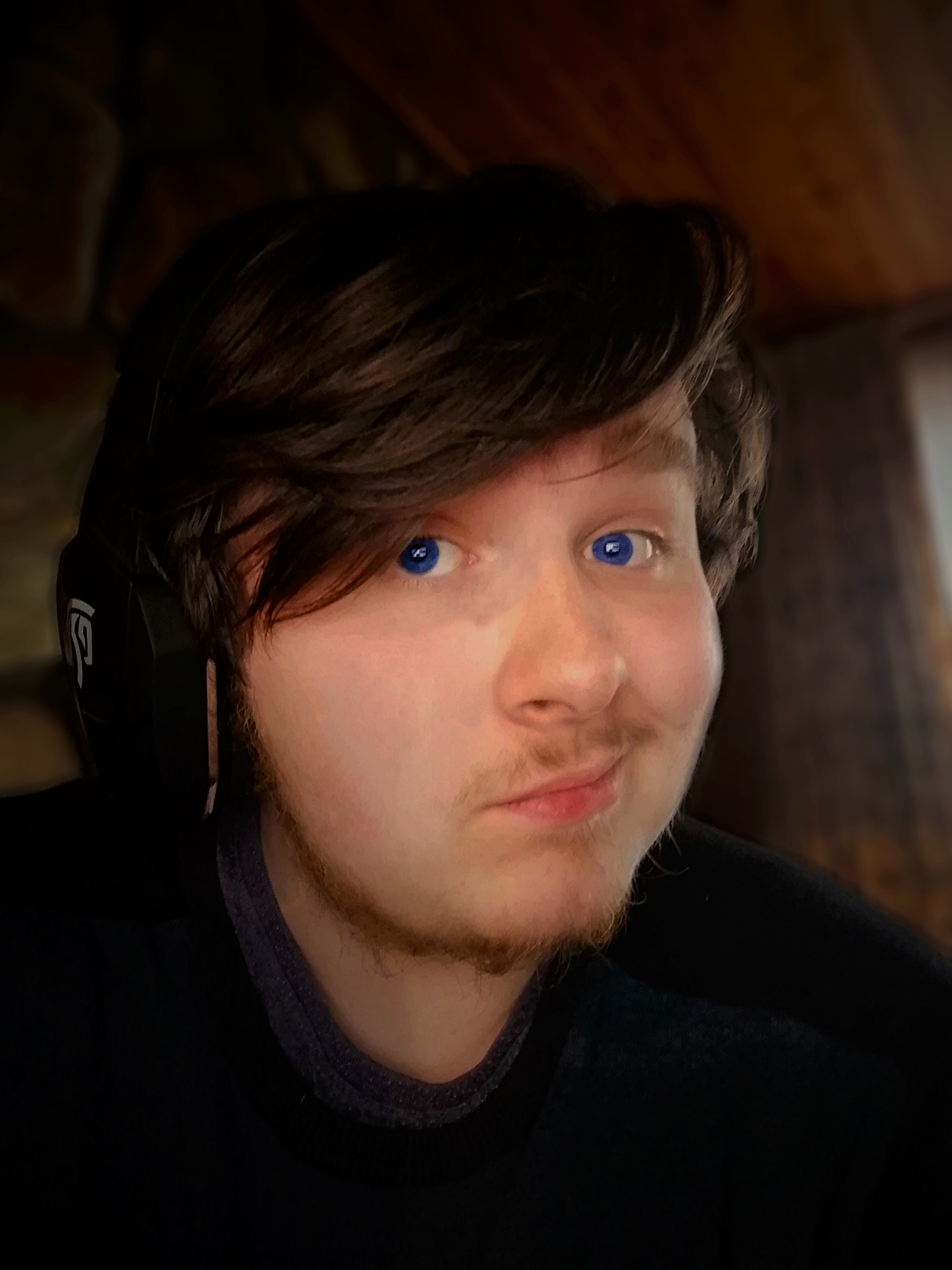 Meet Callum, who was supported by Amanda at the Churn Project; a brilliant example to never give up and with a little extra help you can achieve your goals.

Meet Callum, who was supported by Amanda at the Churn Project; a brilliant example to never give up and with a little extra help you can achieve your goals.

"Before joining the GEM Project I felt lost, I didn’t know what I was going to do and I had no direction on what to do next. I left college as my mental health hit an all time low, to the point where I constantly felt depressed and anxious about going to college. I took some time to prepare what I was going to do next and began by simply applying for various positions on job seeking websites. Sadly, this didn’t work.

I then looked at work closer to home and after applying for a position at a local garden centre was offered the role, working on the tills. However, this was all too much for me, it felt like every customer’s eyes were on me watching and judging me which made me panic – it was too much to take in all at once - I just broke. It made me realise I was unable to cope on my own and led to me taking some medical advice and support to try and help sort out my depression and anxiety.

Months passed and I was still unable to get a job – I even tried to start my own little design business but unfortunately this didn’t work out either.

During this time my Nan had a nasty accident, which resulted in me looking after her for quite some time. This helped to start to build my confidence in finding a job, I began feeling happier and applied for another customer-based role at a local shop. However, the same thing happened to me whilst at the garden centre, so I was referred to an NHS therapist which later led to me being put in touch with the Churn Project. I remember thinking this is my last chance if this doesn’t work, I don’t know what else to do. I wasn’t sure what the Churn Project did, but the moment I stepped into the building and met Amanda I knew this place would help me.

I felt like she actually understood me and what I was going through, I didn’t feel alone and had someone with me helping and encouraging me the whole way.  Together we put a plan together and started to make progress, working on my skillset and developing this, as well as rewriting my CV and supporting me with job applications. As I spent a lot of time looking after my Nan, we looked at caring roles and thought it would be best to get some more experience in this sector.

After arranging a week’s work experience at a local care home, I was handed an application form and invited to an interview. After much research and preparation for this, I am now proud to say I am working as a general bank support worker at the care home.

I’ve now been there over a month and it’s been amazing – I have such a good team of people supporting me, I know they will help me with anything and I’m so grateful for that.

I would recommend the GEM Project to anyone struggling with work or trying to find work as I know in my experience I wouldn’t be where I am without the help from them. They have helped me with more than just work, they built my confidence and life skills too – words can’t describe how thankful I am. They have let me start my life." 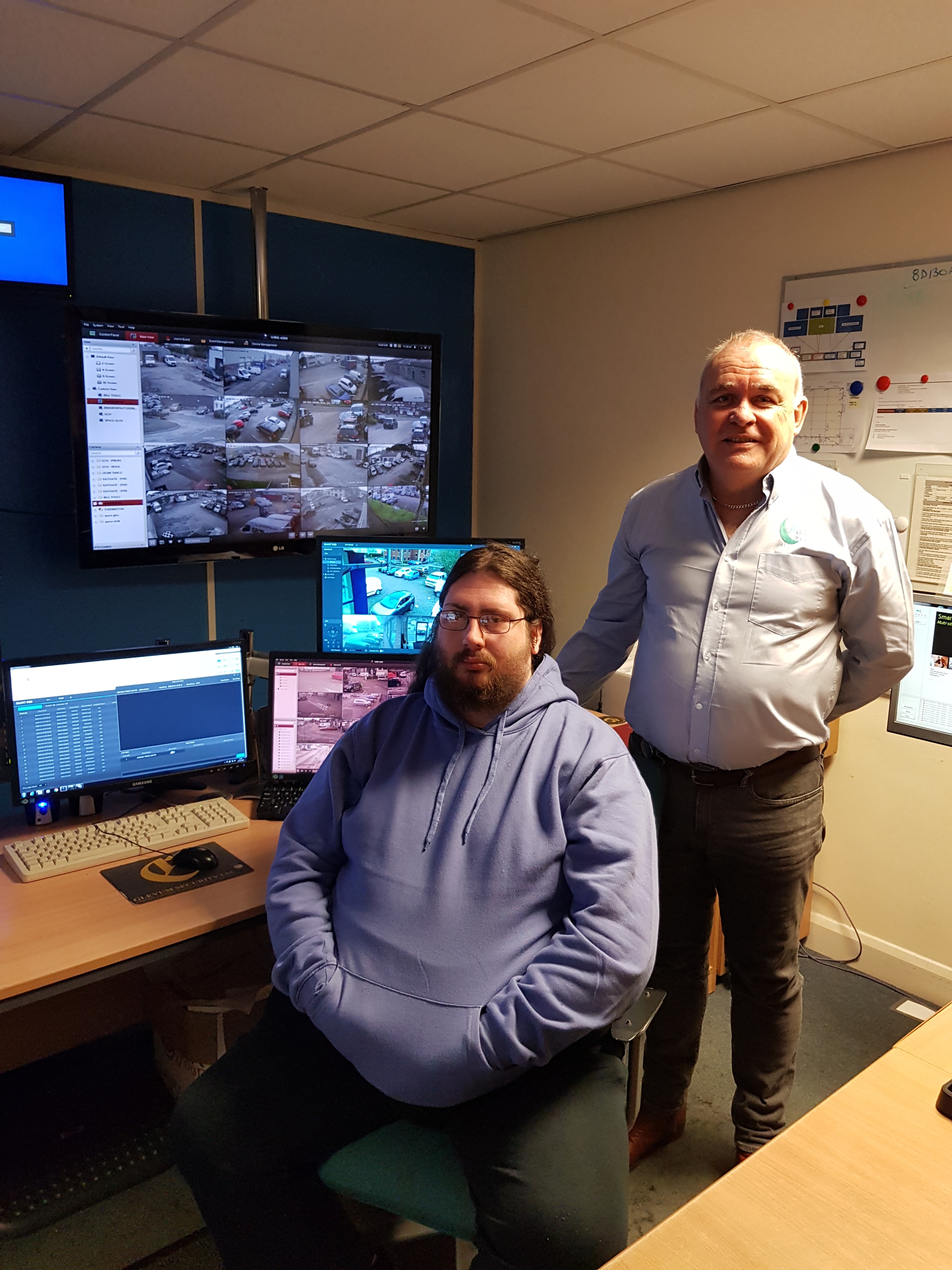 Andy was unemployed for a long time, even though he had been looking for work for years. He went through many job programmes and employability courses but none of these options seemed to work for him.

Andy was unemployed for a long time, even though he had been looking for work for years. He went through many job programmes and employability courses but none of these options seemed to work for him.

After joining the GEM Project and meeting with his Navigator Developer Reg at Gloucestershire Deaf Association, they put a plan together to help Andy find work again.

“I’d previously been pushed towards roles in the security industry, particularly door supervision. I never saw myself as a Door Supervisor and would never feel comfortable in this role due to my social anxiety issues and hearing impairment. Reg actually listened to what I wanted to do and focussed on this. I have a keen interest in IT, so he suggested possible roles in CCTV.”

The GEM Project funded Andy to complete his CCTV licence and training and Reg got in touch with Glevum Security to see if there were any suitable positions for Andy. After an initial interview and assessment to understand what Andy could hear due to the company’s alert driven CCTV system, Andy completed a work trial training shift and is now employed part time at the company.

“The GEM Project is the first programme that has actually got me a job. GEM is personal and tailored to you. Reg didn’t have to do everything he did, yet he went over and above as he wanted to help. People at GEM actually care about you. It now means that I’m also managing my social anxiety better and have even surprised myself, especially with answering the phone when I’m at work.” 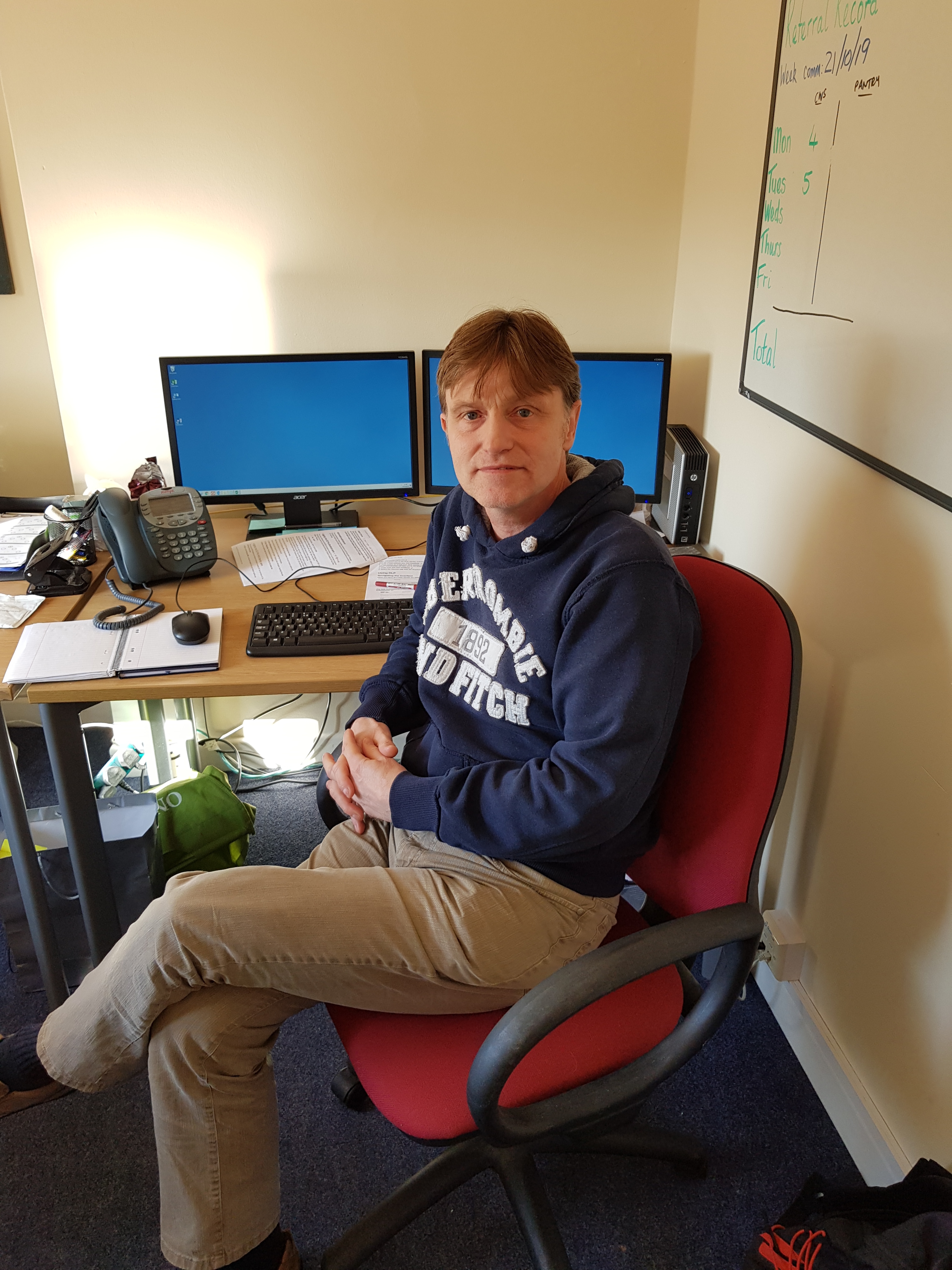 Over the last seven years Adrian has struggled with his mental health and as a result had become socially isolated. After working with his Mental Health Nurse and the Community Wellbeing Service at CCP, Adrian was referred to the GEM Project.

Over the last seven years Adrian has struggled with his mental health and as a result had become socially isolated. After working with his Mental Health Nurse and the Community Wellbeing Service at CCP, Adrian was referred to the GEM Project.

“Before the GEM Project I had no confidence and wouldn’t leave the house. I didn’t even open my post which led to me getting into debt and arrears which also didn’t help me.”

Adrian was keen to get back into work and through the GEM Project put together an action plan to achieve this, initially focusing on voluntary positions to work up towards securing a full-time role. Although his previous background was working at a multinational company in a senior managerial position, he was aware that technology had since moved on so was keen to enhance his skillset again. He completed various courses including a BTEC Diploma Level 2 in IT Skills which also helped to regain his confidence.

Whilst volunteering at CCP, a part-time admin post came up in which Adrian applied for and got the job. After working there for a while, a full-time position within the company was advertised and after applying for the role, Adrian is now a valued member of the CCP Finance Team.

“I chose to volunteer at CCP as they helped me, so I wanted to give a little bit back.  It has now led to a full-time role and I have achieved my whole plan. I would definitely recommend the GEM Project – I’ve come such a long way!” 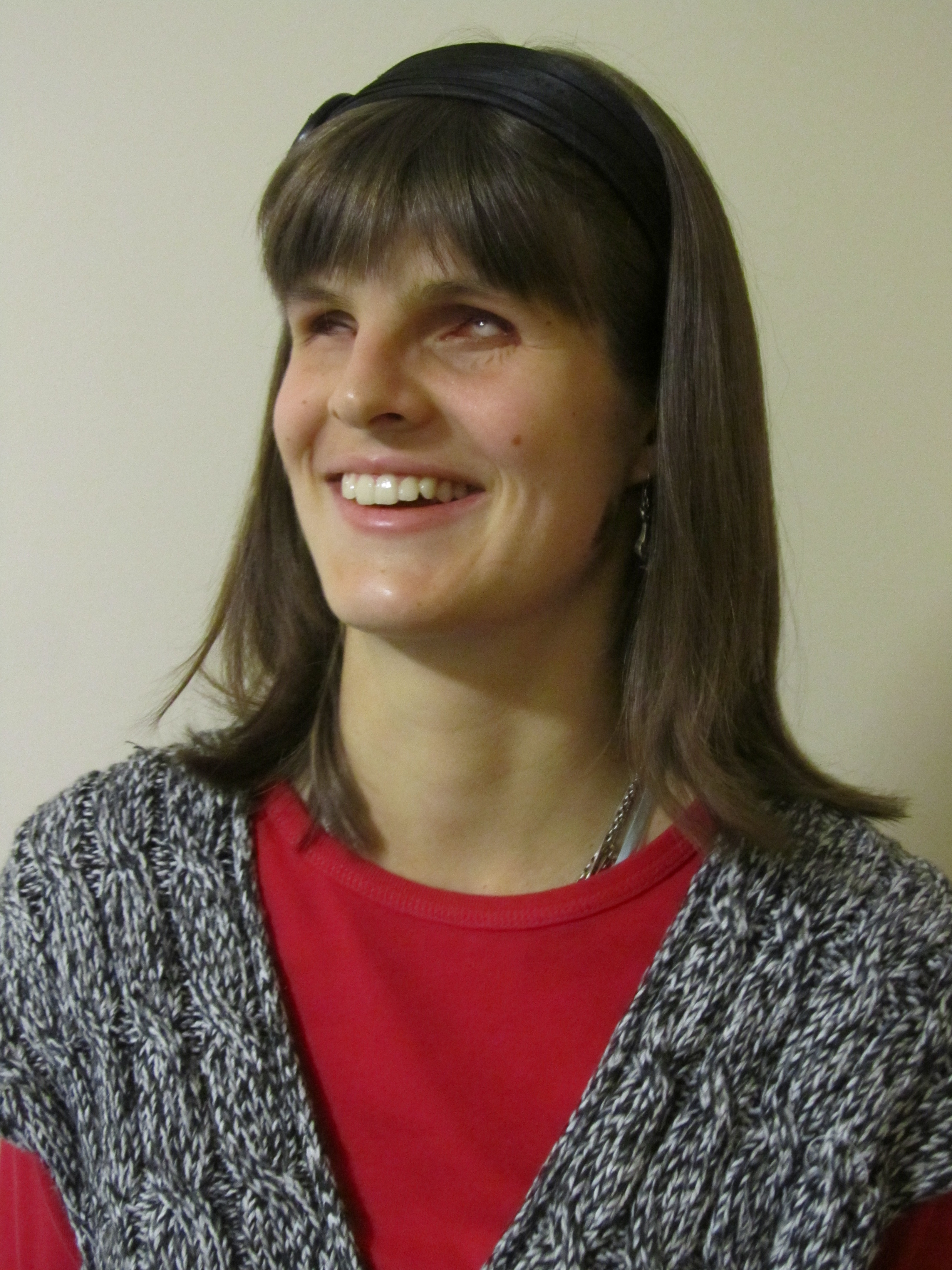 GEM participant Megan shares her GEM journey and how she has now set up her own business to support other organisations in becoming more accessible.

GEM participant Megan shares her GEM journey and how she has now set up her own business to support other organisations in becoming more accessible.

"My name is Megan and I've been blind since birth. I have a degree in Creative Writing and, after graduating from my Masters in the same field last year, I was struggling to find work due to the complex formatting of job applications and reactions to my disability.

My Navigator Developer and I talked through various options; she helped me to fill in lots of applications and although I had plenty of ideas about what I wanted to do, nothing really struck a chord. That was until Michaela at Forwards told me about the Strive Business Course, hosted by Cheltenham Borough Homes. Starting my own business sounded appealing but also hard work. I have found that course tutors can also be unwilling to meet my access needs and was therefore anxious about getting in touch with the Strive team.

However, they couldn't have been more welcoming. On my first day, they emphasised that the course was flexible and would work around us. They taught me everything I needed to know and encouraged me along the way.

My business is now getting off the ground and eye4Detail now has a website. I provide English tuition and offer a service to proof read documents for those who struggle to get their wording right. I use my passion for public speaking in the inclusion consultancy aspect of my work, collaborating with individuals and organisations to support them in becoming more accessible for all."