The GEM Participants' Summer Gathering; organised by GEM’s for GEM’s

On Wednesday 10th July, over 50 GEM participants past and present, along with their Navigator Developers came together for a GEM Summer Gathering at Llanthony Secunda Priory in Gloucester.

On Wednesday 10th July, over 50 GEM participants past and present, along with their Navigator Developers came together for a GEM Summer Gathering at Llanthony Secunda Priory in Gloucester. Organised by the GEM Participants' Council, participants were able to socialise with other's whilst enjoying food, music and other activities.

Sophia Taylor, former GEM participant and Co-Chair of the GEM Participants' Council shares her experience of the day.

"GEM participants were invited to a summer gathering hosted and organised by members of the Participants' Council, which includes current and former participants. Some had moved on from the GEM programme into their own catering business and donated towards the buffet lunch.

The event had music playing in the background throughout with live acoustics playing well known songs from Travis, Oasis and Coldplay. The two guitarists were Paul and Dan, a Navigator Developer and a GEM participant who provided a great atmosphere with their music pieces. 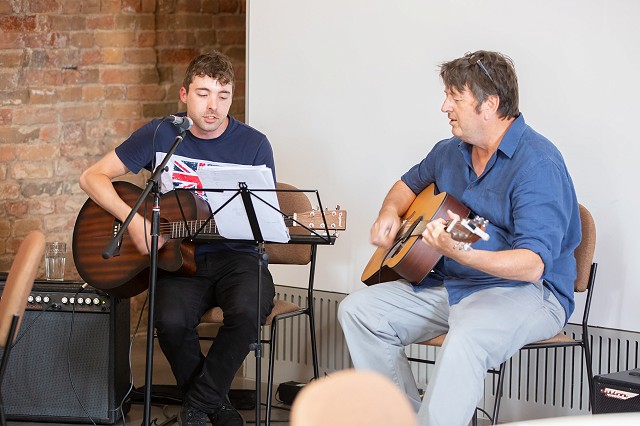 A slideshow presentation showcasing GEM's achievements and latest news was replayed frequently for attendees to watch and read at their leisure. Additionally there were displays outside the venue showing further information about the GEM Project, as well as other success stories.

Also outside attendees found gazebos with seating for comfort and shade, giant outdoor games and a henna stall. The henna designs were unique and to a very high standard, I witnessed a few ladies thrilled with their results.

A lovely displayed lunch buffet was provided, thanks to former GEM participants and others. There was a wide selection of foods including sandwiches, Arabic cuisine and Caribbean inspired options which also catered for vegetarians, vegans, gluten free and halal. Desserts too proved successful. 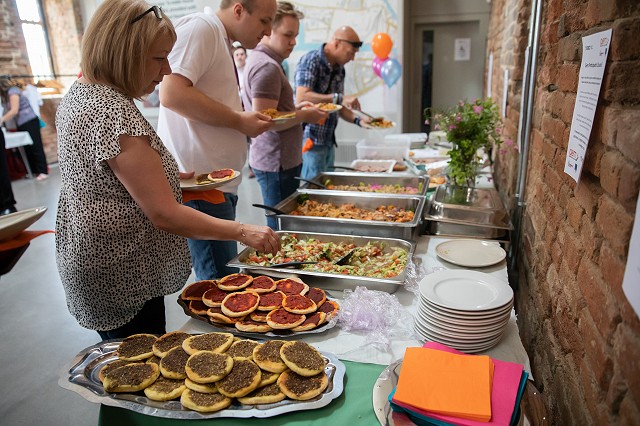 After lunch, Navigator Developer Julie from Stroud Valleys Project provided an insightful tour of the surrounding natural area. Julie gave information in regards to nature and wildlife around, as well as taking any suggestion for future improvements.

The event was finished off with a brilliant raffle, which each attendee had a free ticket for. There was much excitement in the air as well as smiles from the winners. It was the perfect finish to a Summer Gathering and importantly a great opportunity for all participants across Gloucestershire to unite, learn and celebrate GEM's achievements." 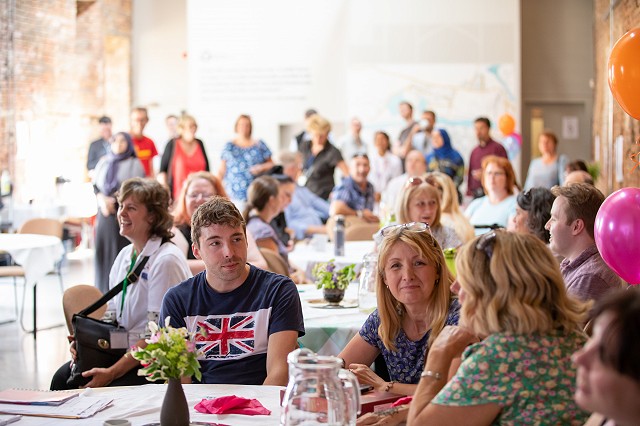 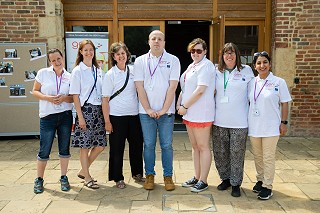