All past news articles are available to read, listed by date.

Laughter, tears and cake filled Kingsholm last week, as we joined together to celebrate the last six years of GEM with a special showcase; The GEM Journey.

Laughter, tears and cake filled Kingsholm last week, as we joined together to celebrate the last six years of GEM with a special showcase: The GEM Journey.

With the GEM Project coming to an end in December 2022, it was the perfect opportunity to celebrate some of the incredible achievements across the last six years, reminisce with past and present individuals involved in the project, and recognise and acknowledge everyone who has played a part in making the GEM Project such an exemplar and lifechanging programme.

Nearly 200 people took their seats last Thursday and embarked on a trip from October 2016 until today, welcoming some exceptional people to the stage who shared numerous inspirational stories about how the GEM Project had impacted them, their organisation, and the local economy. 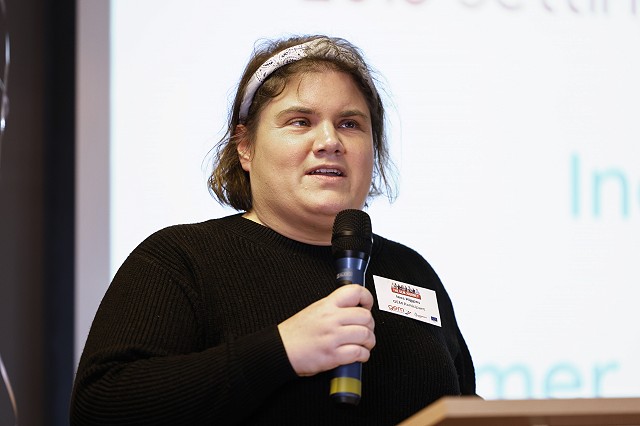 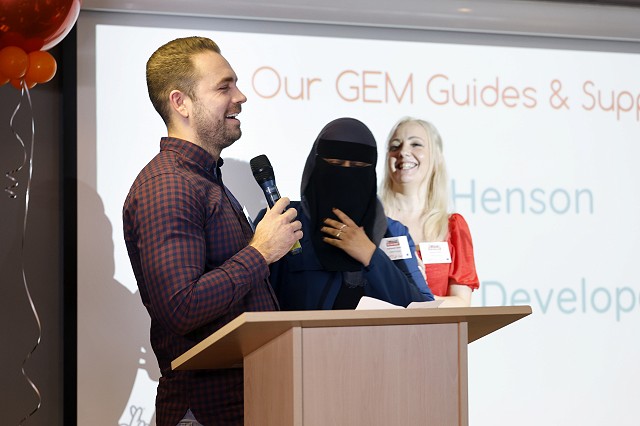 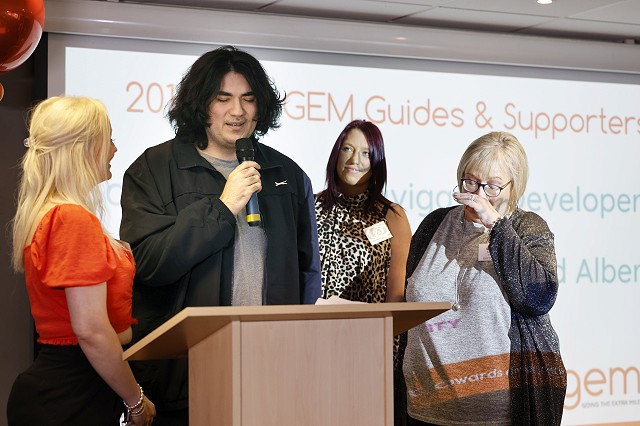 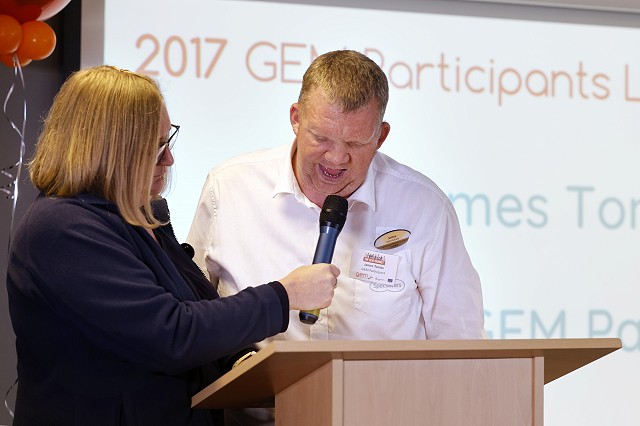 Following a moving introduction from former GEM Ines, who despite previously struggling to find work as she is registered blind, is now working as an administrator for Gloucestershire County Council; this set the pace for the afternoon in which guests witnessed many heart-warming, emotional yet amazing stories, as former and current GEMs shared their own personal and unique experience about how GEM and in particular their Navigator Developers had changed their lives for the better.

Chief Executive of GFirst LEP, David Owen, also took to the stage, sharing his views about how he believed Inclusivity Works for employers, and encouraged all organisations in Gloucestershire to be more diverse and inclusive in their workplace, to not only reap the business benefits but help develop Gloucestershire’s economy as a whole.

Several influential guest speakers also joined us for the occasion, including Sue Ormiston, Head of the Building Better Opportunities (BBO) Programme, who shared findings about BBO from a national perspective and Mark Hawthorne, Leader of Gloucestershire County Council providing an overview of the vision and strategy for the county moving forward.

Between poems, speeches, Zoom conversations, mini exhibitions and the chance to speak one-on-one with our GEM participants and Navigator Developers, there were countless opportunities throughout the afternoon to reflect on the real impact that the GEM Project has had over the years, supporting people to move closer towards or into employment, education or training. This was proven in even more detail by guest speakers Leonie Burton and Paul Courtney from the University of Gloucestershire, who have led the Monitoring and Evaluation of GEM for the last six years and confirmed that the data clearly indicates that GEM has achieved and delivered its objectives. 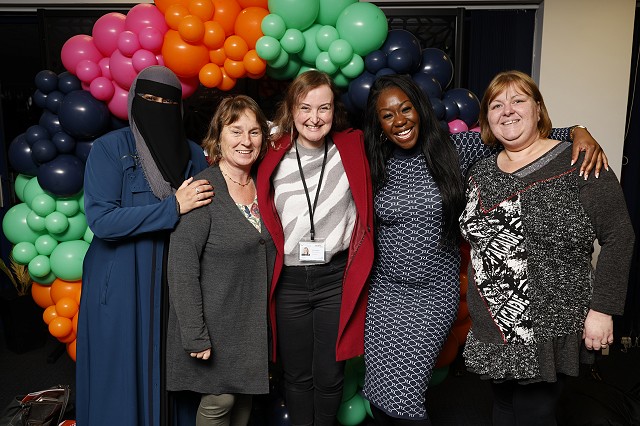 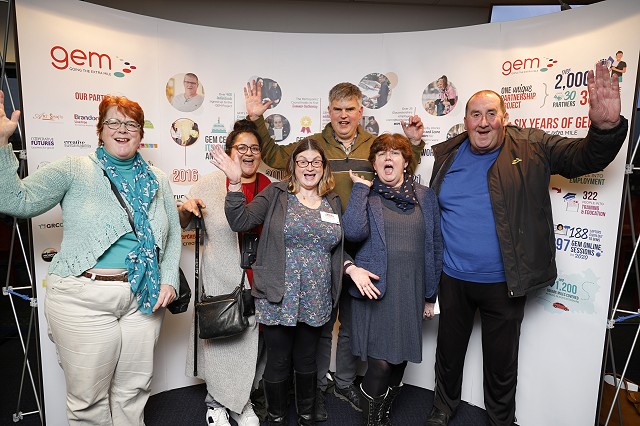 Before guests were invited to continue the celebrations with a drink’s reception, afternoon tea, exhibits and other GEM activities, the showcase was drawn to a close by Jason Dunsford, Head of Employment and Skills at Gloucestershire Gateway Trust, who, since 2016 has successfully managed the project and team.

His final thoughts about GEM truly indicated how much of a unique, memorable, and inclusive partnership the GEM Project is and how its clearly made a lasting impact on thousands of people across Gloucestershire… something to never forget… GEM’s lasting legacy. 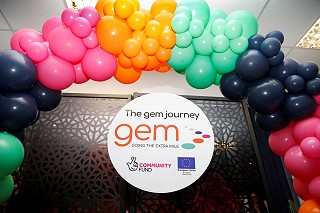 Bread Heads come up with the GEM of an idea

Bread Heads come up with a GEM of an idea

“The brainchild of GEM Project Manager Jason Dunsford, the brief to create a limited addition loaf, scone or bread rolls was the perfect opportunity for six GEM participants to come together, despite their disability or individual barriers, to work as a team and produce a limited-edition bakery project, that would be sold at Gloucester Services.

A collaboration between the GEM Project, Gloucestershire Gateway Trust, Gloucester Services and Hobbs House Bakery, the course was supported by The Engine, a local social enterprise, based in Dursley which supports business development and growth in the South Gloucestershire area.

Charlie was the tutor, and the participants - Rich, Tahira, Brendan, Debra, James and me - learned how to develop as a team, understand the principles of new ideas, research the bakery and develop an unique product, understand costing and production constraints, and pitched our ideas to key stakeholders.

We the participants all have an interest in food, as well as retail, hospitality, counselling, bee keeping, fashion design or customer care industries.

In our group of six, we brainstormed ideas which included: mulled wine bread, lavender tea bread, cheese and bacon roll, with three ideas making it through to the final round. Rich’s Double Gloucestershire Cheese and Apple GEM Scones, Tahila’s Blush Sumic Bread, and Karen’s Honey, Apple, Cinnamon and walnut Bee Harmony loaf, made with spelt flour (which is kinder to the digestive system, for coeliac’s and people that have/ had bowel cancer, who may find it difficult to digest heavier wheat breads).

All of the ideas brought in the local countryside, the environment, the local history and the diverse communities of Gloucestershire.

Before each participant joined The GEM Project, they had been diagnosed with a disability or a hidden disability and went from working or studying to being unemployed or having to give up their academic courses, or do their course as an online one, with writing their essays or dissertations from home. This was either a mental health disability or a physical disability through illness or an accident. With one participant, now in remission who had been diagnosed with advanced bowel cancer, and a benign brain tumour.

We all thought that we were on the scrap heap, at an all-time low, feeling a burden on society because they were now living off benefits and PIP. Each participant feeling depressed, useless and that no employer would ever want tthem working for them, and they would be unemployed forever. That’s when The GEM Project steps in to help people through illness, disability or a bad accident to get back into work, a training course, or go onto college or university.

I have been with the GEM Project two and a half years, and I can recall my first phone call to my GEM Navigator Developer Tracy, crying down the phone, saying “I am a failure, no employer will ever want me, I am aged fifty, post cancer and with hidden disabilities, living off benefits, and it’s all over for me. I feel a burden on my family and on society.”

After graduating from Coventry University, BA Hons Sociology, I went onto journalism college, and with encouragement from Tracy, I have now passed out from NCTJ and BCTJ online journalism colleges. I am now a freelance journalist, and is a volunteer social media/media journalist for cancer and brain tumour charities.

Rich, had a similar story.  A former rugby player and coach, and a counsellor mentoring young people. Then he got diagnosed with health problems which affected his mental and physical health. Not working affected his self-confidence and self-esteem. Being part of The GEM Project helped him gain more confidence and he believes in himself, and once again feels he can contribute something back to his community and make a difference.

After a successful course, the winning end product The GEM Scones, was chosen by a panel of judges. The GEM Scones celebrates and embraces all that Gloucestershire has to offer, by bringing in apples, and by bringing in the regions cheese, the Double Gloucester, a full-cream cheese, with a rich buttery taste.

How did it make the participants feel being on the limited-edition course? The overall feeling was they enjoyed it very much, it gave them confidence, belief and many new skills.  Maybe one day in the future, the group can be re united to work on another new product, that is sold at Gloucester Services, watch this space…” 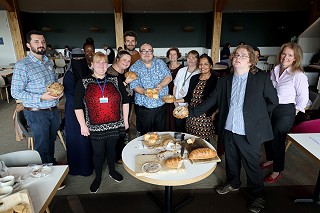